Posted on December 18, 2017 by thecoffeeqween

I did it. I hated every god damn second of it but I did it. I cut Moochie’s hair. Ugh kill me now. 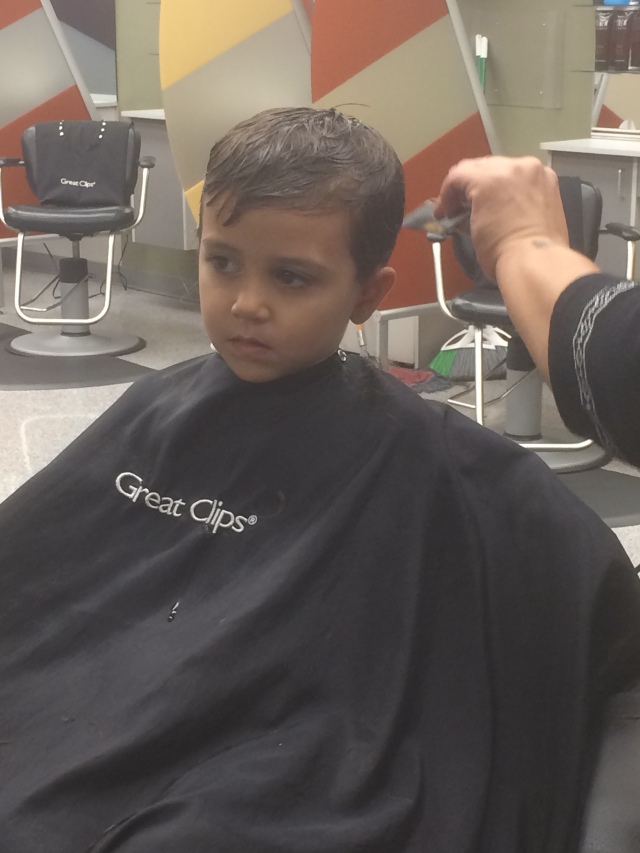 He is of course super cute and he is still my wild and free spirited child but his hair! His hair is basic AF and does not match his personality what so ever. It’s like when that corporate guy you see on Wall Street all polished and clean cut is the same guy you see in the bar tatted up and drinking everyone under the table. It’s just off.

I didn’t do it because of family pressure, I didn’t do it because it’s how “a little boy is supposed to look” because honestly that stupid logic makes me hate it even more. I did it because Moochie really wanted to do it. He wanted to try it he said. He told me he wanted to be like his brothers and when he said “mom it will grow back” I couldn’t say no anymore. And damn it if he isn’t handsome as all get out. I still don’t like it. I must say it’s way shorter on top than I asked for. I wanted it a little longer and messier on top but like he said it will grow out. So without further ado I give you the new Moochie Man, clean cut and almost respectable. 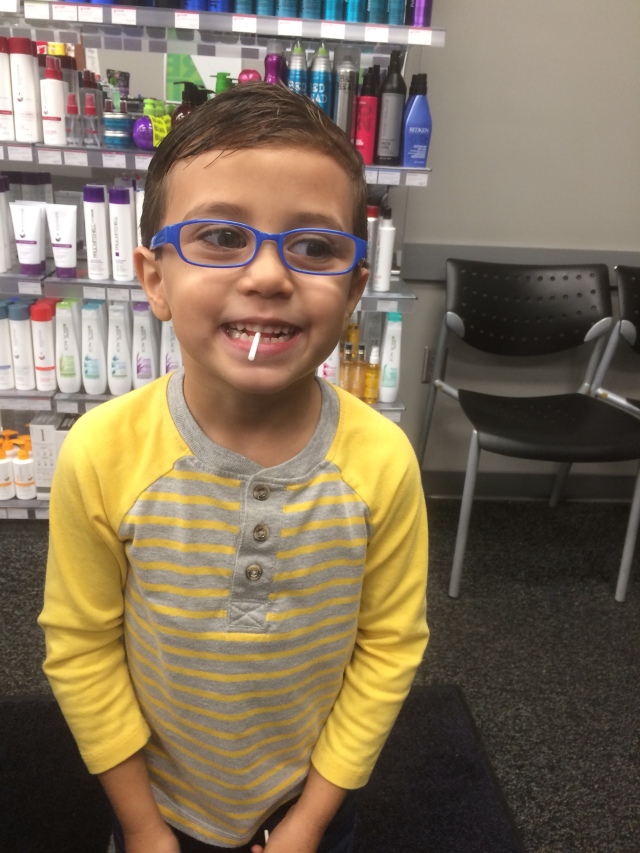 I am a 30 something year old mom, wife, and lover of all things coffee and tea. I have two kick ass boys, a hubs who looks like Collin Ferrell, and a killer job as a store manager for Starbucks. Follow me as I juggle it all downing espresso, raising boys and learning to be happy with what I got!
View all posts by thecoffeeqween →
This entry was posted in KiddieTalk, MommyTalk and tagged boy mom, Callen, growing up, hair cuts, kids, moochie, moochie man, smithboyno3. Bookmark the permalink.